Art and educational exhibitions illustrate transformative moments in Missouri and U.S. history. The State Historical Society of Missouri houses exhibition galleries at the Center for Missouri Studies in Columbia. SHSMO also provides materials for display in galleries and exhibition spaces across the state. 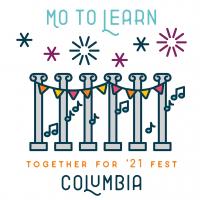 My Missouri 2021 Photograph Exhibition
August 6 – 8 | Center for Missouri Studies, Columbia
Oriented around the four seasons, these selected photographs by professional and amateur photographers showcase the geographic and cultural landscape of the state. On the occasion of Missouri's bicentennial, they provide an opportunity to reflect upon and increase the understanding of the state's rich diversity.
Learn more

Missouri Bicentennial Quilt Exhibition
August 6 – 8 | Center for Missouri Studies, Columbia
Since the pioneer days of the American Midwest, quilts have been a cornerstone of Missouri culture, fashion, and tradition. This exhibition features quilts made across the state in honor of the bicentennial year.
Learn more 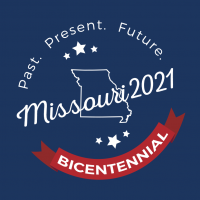 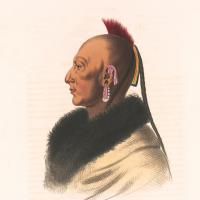 Cultural Crossroads showcases artwork, objects, and imagery associated with a wide range of people who were part of what became the state of Missouri in 1821. 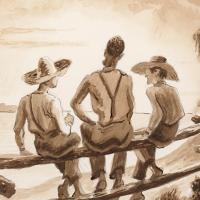 This yearlong exhibition in three installments showcases examples of Thomas Hart Benton’s original watercolors and drawings for the Limited Editions Club publications of The Adventures of Tom Sawyer, The Adventures of Huckleberry Finn, and Life on the Mississippi. As a Missourian, Benton brought his own understanding of the landscape and people of the state to his illustrations, creating perceptive images that complement Twain’s prose. 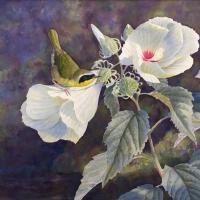 Artist David Plank has devoted his life to the artistic study of Missouri’s birds.  Unlike some wildlife artists, Plank never bases his images on photographs. Instead, he creates field studies and bases his finished paintings on these sketches. Plank’s images are thus a direct record of his intimate observations of the birds of Missouri. 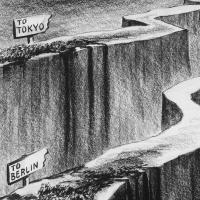 The St. Louis Post-Dispatch’s two-time Pulitzer Prize-winning cartoonist, Daniel Fitzpatrick, chronicled the progression of World War II as it happened with powerful and poignant editorial cartoons. The final installment of this eighteen-month exhibition focuses on the ending years of the war, including the dropping of the atomic bombs on Hiroshima and Nagasaki that forced Japan’s surrender on V-J Day, August 15, 1945.