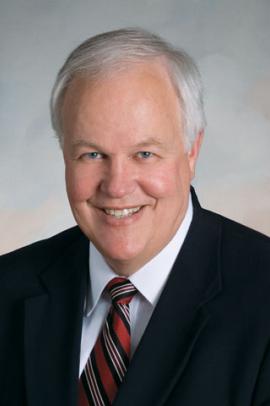 Steve Ehlmann is county executive of St. Charles County. Elected in November 2006, he is only the second person to serve in the position. Prior to assuming this office, he worked as the county’s director of administration. From 1989 to 1993, Ehlmann represented Missouri’s 19th District in the House of Representatives, and during 1993 to 2001 he served as the state senator for Missouri’s 23rd District, with two terms as the Republican floor leader. Ehlmann was an associate circuit judge and then circuit judge from 2001 to 2004 for the 11th Judicial Circuit. An educator and a historian, Ehlmann is the author of two books, Crossroads: A History of St. Charles County and Crossroads Bicentennial Edition, and he is deeply invested in preserving the inimitable history of the county. He has served as a Society trustee since 2009.