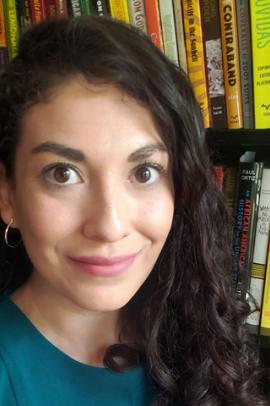 Sandra I. Enríquez is an assistant professor of history and the director of the Public History Emphasis at the University of Missouri–Kansas City. She is a native of Ciudad Juárez and grew up on both sides of the US–México border. She received her BA and MA degrees from the University of Texas at El Paso and earned her PhD from the University of Houston. Trained as both an academic and a public historian, Enríquez is particularly interested in connecting students and public audiences with their local and regional histories. She has curated, authored, and collaborated on several projects including Show Me Missouri, the Guadalupe Centers Centennial projects, and the African American Heritage Trail of Kansas City. At UMKC she trains future professionals and cultivates public-facing student research projects about Missouri and the Midwest. She is currently completing her first book, which examines Mexican American grassroots activism and neighborhood preservation efforts in El Paso, Texas.