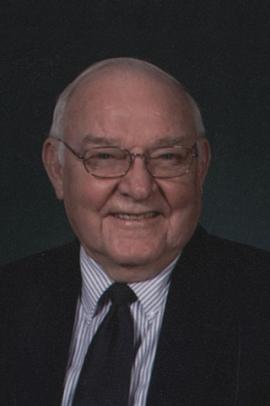 Richard Franklin had two careers in public service, one in education and one in the Missouri legislature. After several years of teaching science in both Missouri and Illinois, Franklin took the lead as principal of Fort Osage High School in Jackson County, a position he held for 23 years. After retiring, he was elected as a Democrat to the Missouri House of Representatives in 1988 and served 14 years until being term-limited out in 2002. During his time in the legislature, he chaired numerous committees including the Education and Secondary Education Committee and the House Budget Committee.