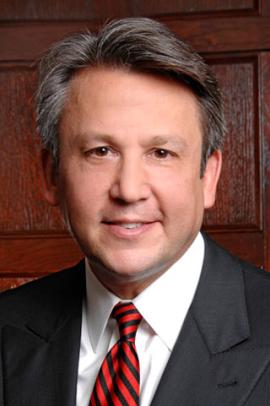 Kenneth B. McClain is a nationally recognized trial lawyer and a shareholder in Humphrey, Farrington, and McClain of Independence. He specializes in complex toxic and mass tort litigation and has obtained one of the top 100 verdicts in the country in six of the last ten years, having been awarded verdicts and negotiated settlements totaling more than a billion dollars on behalf of his clients. McClain is actively improving his local community. His real estate projects include restaurants, renewal of the historic Harry Truman neighborhood corridor, and a commercial and retail district that has restored more than 20 century-old buildings on the Independence Square.