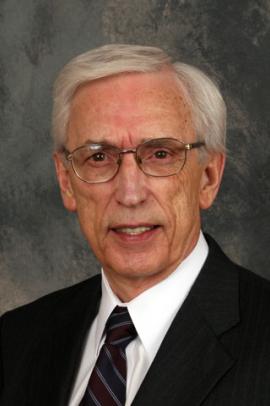 James Leon Combs, a native of the Ozarks, grew up in the tiny village of Bradleyville and graduated from the University of Missouri School of Journalism in 1960. He worked in the St. Louis area as a publisher’s representative for Jostens for twenty-five years before buying a small proprietary college. Now retired, he lives on his Beaver Creek Elk & Cattle Ranch, Bradleyville. He spends most of his time serving as board chairman of the Boys and Girls Club of the Ozarks, the White River Valley Historical Society, the Skaggs Foundation, and several other charitable boards. Combs has served as a Society trustee since 2013.