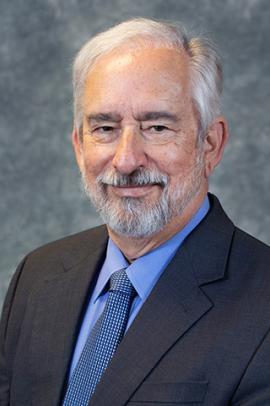 A fifth-generation Missourian, Gary R. Kremer earned his PhD from American University in Washington, DC. Kremer has written, coauthored, and coedited 12 books. Previously, Kremer taught history at Lincoln University in Jefferson City (1972-1987) and William Woods University in Fulton (1991-2004). He also served as the state archivist of Missouri from 1987 to 1991. He has been SHSMO’s executive director since 2004.

Basic Genealogy: Finding and Using Vital Records
Join Associate Director of the Cape Girardeau Research Center, Bill Eddleman, to learn about vital records and how to best make use of them in your genealogy research. Online and free, registration required.
END_OF_DOCUMENT_TOKEN_TO_BE_REPLACED

Missouri 2021 Presents: All About Art for the Missouri Bicentennial
Professional and amateur artists of all ages are commemorating 200 years of Missouri statehood with creative expression. Join us for a live presentation on collaborative projects across the state. Online and free, registration required.
END_OF_DOCUMENT_TOKEN_TO_BE_REPLACED
Missouri Conference on History 2021
Join us virtually for the 63rd Annual Missouri Conference on History! Hosted by SHSMO, the conference brings together scholars, teachers, and other professional historians to share in the presentation of research, to exchange information on teaching and curriculum, and to consider ways to promote the welfare of the profession and general interest in history.
END_OF_DOCUMENT_TOKEN_TO_BE_REPLACED
END_OF_DOCUMENT_TOKEN_TO_BE_REPLACED
Subscribe to
our emails