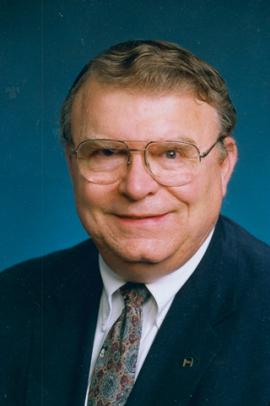 Robert A. (Bob) Priddy, a trustee since 1985 and an executive committee member since 2010, held the title of news director at Missourinet for forty years until his retirement in 2014. Under his leadership the statewide commercial radio network, which provides news, sports, and special programs to more than sixty stations, was known for opening state government to citizens. A historian, Priddy has written five books, three based on his popular daily radio program, Across Our Wide Missouri; Only the Rivers are Peaceful: The Missouri Mural of Thomas Hart Benton; and his latest book—a major work with coauthor Jeffrey Ball, The Art of the Missouri Capitol: History in Canvas, Bronze and Stone. He is currently completing his sixth book. It is on the history of the Missouri Capitol.