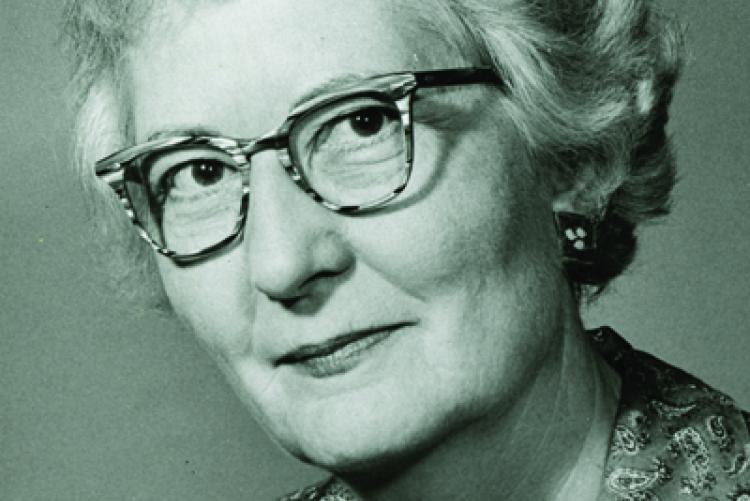 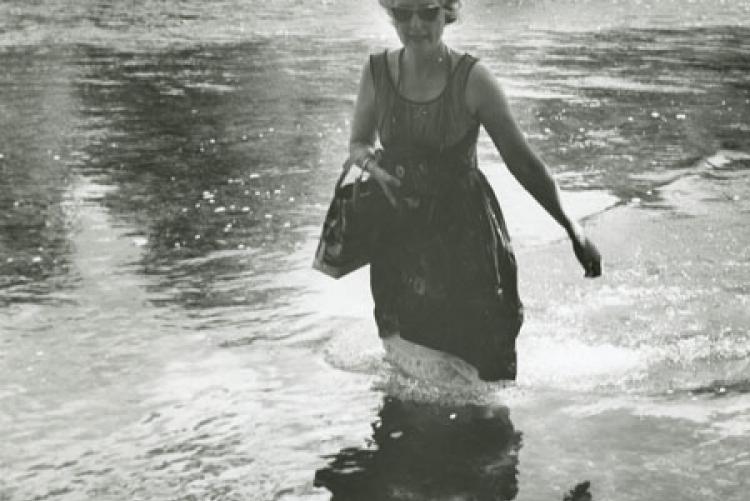 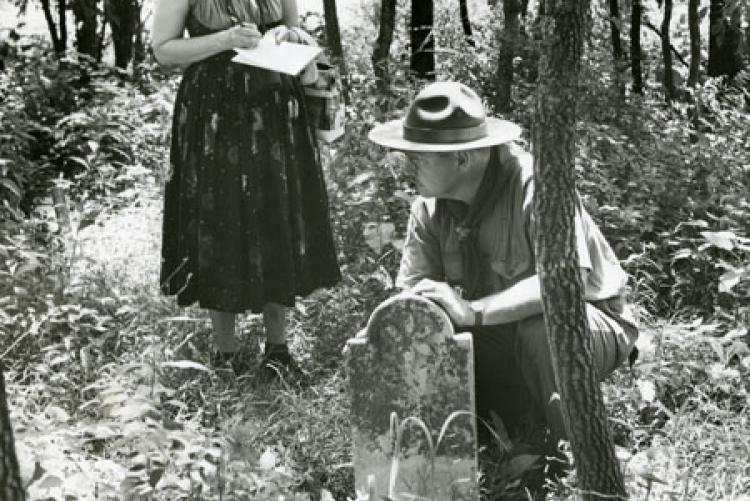 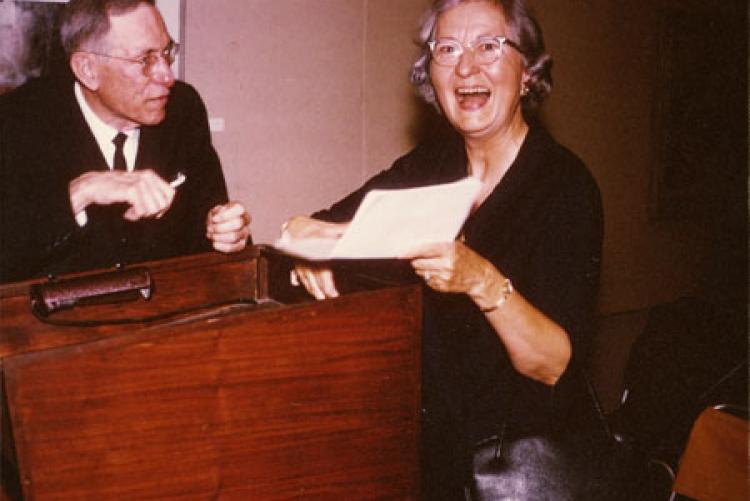 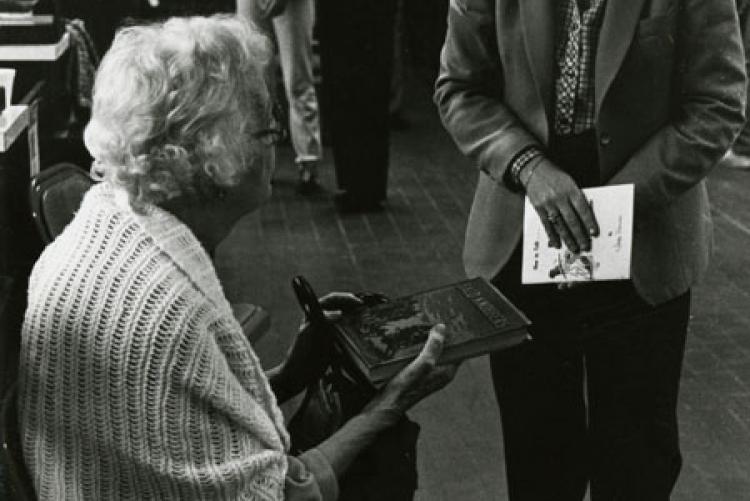 Journalist Lucile Morris Upton defied the stereotypical Ozark hillbilly: she was educated, lived in the city, and was a published author. Nonetheless, she happily declared, “I’m a hillbilly –ʼn proud of it!” Upton’s lifelong passion for the Ozarks and its history shaped her career as a journalist and writer. Her papers contain valuable information about the region’s colorful history, culture, and folklore.

Born in 1898, Lucile Morris grew up in Dadeville, Missouri, the daughter of a hardware merchant. After high school, she attended Southwest Missouri State Teachers College and Drury College but did not graduate from either school. She taught school in Missouri and New Mexico before reinventing herself as a newspaper reporter with the Denver (CO) Express. Exhausted after the paper engaged in a bitter feud with the Ku Klux Klan, Morris left the Express for the El Paso Times. Dreaming of a career overseas, the young journalist received a job offer with the International News Service in London. On her way east she stopped in Springfield, Missouri, to visit her ailing mother. It was a fateful stopover that lasted the rest of her life.

Morris took a temporary job with the Springfield Leader and subsequently joined the Springfield News. Four years later, she was assigned to the Greene County Courthouse beat after her predecessor broke his jaw in a taxi accident. It was there that she met her future husband, Eugene V. Upton, an attorney and court reporter. After the couple married in 1936, she resigned from her job because married women were prohibited from working at the News. In 1939 she published her only book, Bald Knobbers.

After the death of her husband in 1947, Upton edited the “Ozarks Wastebasket” column, later known as “Over the Ozarks,” which focused on the history of Springfield and the Ozarks region. The column solicited original material from the region’s “historians, writers, and poets.” Professional and amateur writers contributed material on Ozarks culture, history, and folklore. Nationally recognized poets Rosa Zagnoni Marinoni and Edsel Ford were among the contributors. Notably, Upton included material from the Missouri and Arkansas Ozarks, providing a perspective on the full region.

Upton remained active after retirement. She served on the Springfield City Council, continued to write, and participated in local historical societies. In 1983 the Greene County Court named her the official county historian. Upton died in 1992 and is buried in the Dadeville Masonic Cemetery. Her nephew, John Morris of Jefferson City, donated her papers to the State Historical Society of Missouri after her death.

In an unpublished essay, Upton observed that tourists hunting hillbillies often looked for “creatures in long whiskers and sunbonnets.” Instead, she declared, they were likely to find the “truly great of the Ozarks—the personalities that have enriched this section and the nation and have supplied the true romance of the Ozark hills.” She was undoubtedly one of them.

The Lucille Morris Upton Papers are divided between Upton’s personal papers and her research materials. The personal papers include biographical material, correspondence, manuscripts, unpublished stories, and speeches. Throughout her career Upton attempted unsuccessfully to publish fictional stories. The manuscripts for her two novels, Joy Ride and Taffy Head, and her nonfiction book, Bald Knobbers, are included.

Upton’s research materials contain a wealth of information about the Ozarks: newspaper columns, newspaper clippings, research notes, correspondence, photographs, and songs. Naturally, there is a strong emphasis on Springfield, but researchers will find useful information on Ozark counties, towns, people, places, superstitions, crafts, and folklore. For a brief period of time, Upton collected old songs and fiddling tunes and shared them with Vance Randolph for inclusion in his four-volume compilation of Ozark folksongs.