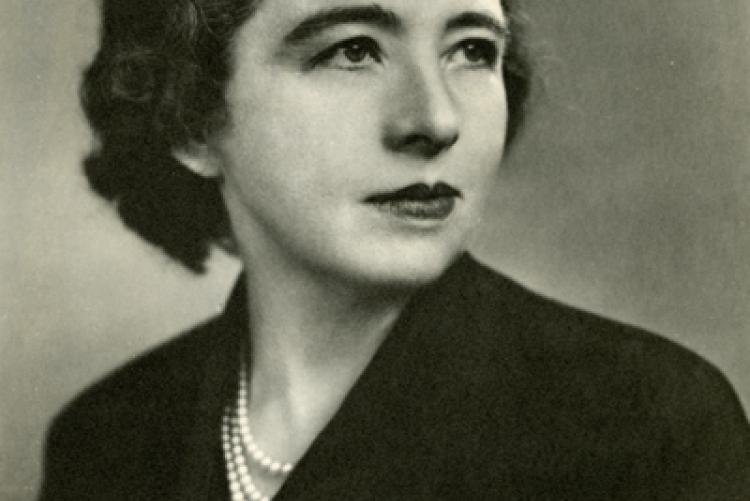 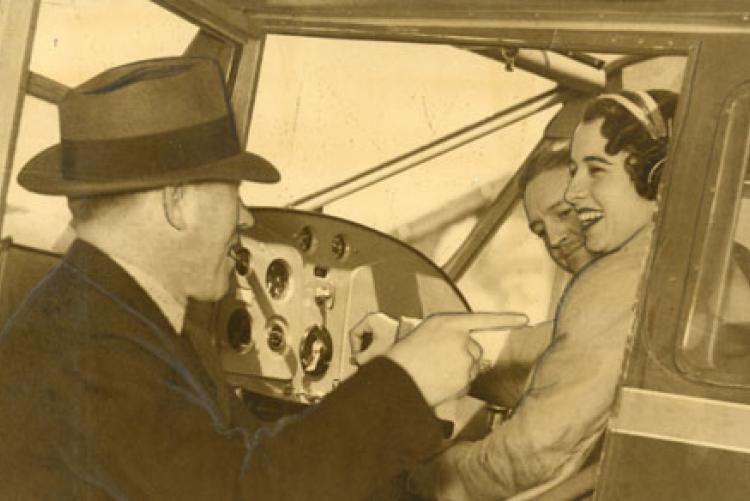 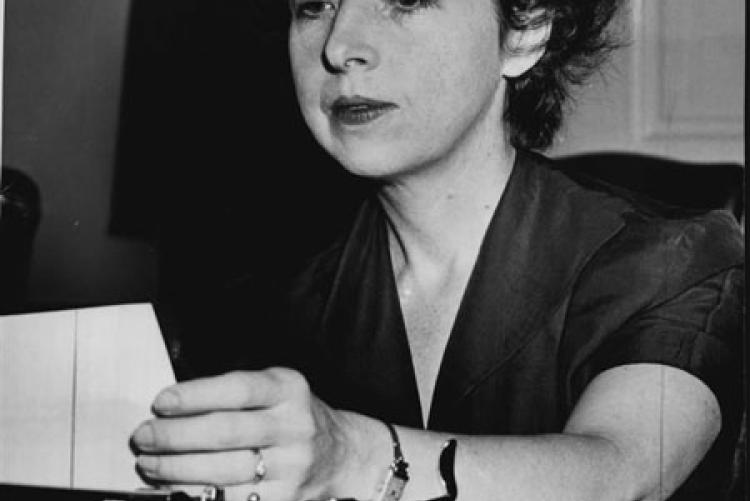 Elizabeth R. “Beth” Campbell Short was born August 6, 1908, to Thomas and Iris Campbell in Nowata, Oklahoma. She attended Christian College in Columbia, Missouri, from 1925 to 1926 and graduated from the University of Oklahoma in 1929 with a bachelor’s degree and a certificate in journalism. Upon the recommendation of journalist Sigrid Arne, Short applied for a job with the Springfield (MO) Leader. Three days after graduation, she reported for her first day of work at the Leader. As a general reporter, she earned $25 a week, often working seventy to eighty hours a week.

During her time in Springfield, Campbell was given a wide degree of latitude in the stories she reported, and she became known as a “stunt girl reporter.” In 1930 she wrote a widely read series of articles that chronicled her attempt to live ten days on only $2.50. That same year, after she had criticized the sermon style and subjects of Springfield pastors in her column, “The Very Idea,” the local clergy challenged Campbell to deliver a sermon. She accepted the challenged and delivered the sermon “Rejoice in Thy Youth” at the First Congregational Church to an audience of 1,000 people. In 1932 she reported on the Young Brothers Massacre, in which Harry and Jennings Young engaged in a shootout with local law enforcement officials that left six officers dead. She resigned from the Leader in 1934 to return to Oklahoma to spend time with her dying mother.

Campbell joined the Oklahoma City Daily Oklahoman as a reporter. Of the working environment at the Daily Oklahoman, Campbell remembered, “It didn’t have near as many women, but it certainly had respect for its women reporters.” After two years at the paper, she became the Washington, DC, correspondent for the Associated Press in 1936. Campbell was assigned to cover First Lady Eleanor Roosevelt.

Eleanor Roosevelt and the Press

“I would not have admitted Mrs. Roosevelt’s importance at the time. I had never felt discrimination at my early jobs and never felt it at the Associated Press. It didn’t matter if there was a shorty on the Hill or Mrs. Roosevelt doing something; if I was the one who was free, they sent me. But I’ve thought about it lately. If the women hadn’t insisted on press conferences and if she hadn’t had the policy of only women covering them…well, that’s what really gave people like me and Ruth Cowan our break.”

In Washington, DC, Campbell met Joseph Short, an assistant day editor at the Associated Press. The couple married in 1937. Beth Campbell Short continued to work for the Associated Press until 1940 when she resigned after the birth of her first child. She worked as a freelance writer from home in her spare time.

In 1950 Joseph Short was named White House press secretary by President Harry S. Truman. Shortly after her husband’s sudden death on September 18, 1952, Truman appointed Beth Short as his correspondence secretary, and she held this position until 1953. From 1953 to 1956 she worked as the publicity director for the Democratic Senatorial Campaign Committee. In 1957 Short became press secretary to US Senator A. S. “Mike” Monroney of Oklahoma. Nine years later, she left Monroney’s office to join the Office of Research and Statistics in the Social Security Administration as a special assistant for research and development. Short retired in 1978 and died of cancer on January 11, 1988, in Alexandria, Virginia.

The Beth Campbell Short Papers consist of reports, publications, speeches, correspondence, newspaper articles, and photographs. The bulk of the collection consists of newspaper articles written by Short while working for the Associated Press and cover Eleanor Roosevelt and social life in the nation’s capital. Other topics include editorials and columns on family life and social customs throughout the country.

Researchers should note that the bulk of Short’s papers are held at other institutions. The papers of Joseph and Beth Campbell Short from their time as White House staff during the Truman administration are located at the Harry S. Truman Presidential Library in Independence, Missouri. Papers relating to Beth Campbell Short’s work with the Democratic Senatorial Campaign Committee and as press secretary to Senator Monroney are located at the Carl Albert Center at the University of Oklahoma in Norman.