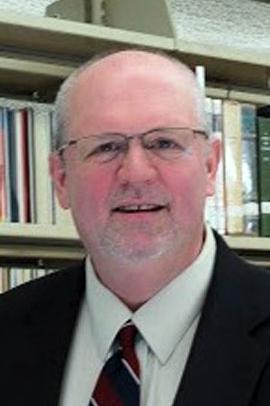 Author
St. Louis
About the Speaker

Dr. Mike Tsichlis was born and raised in the City of St. Louis. He received his PhD in public policy analysis and administration from Saint Louis University in 1995, where he also taught in the Political Science Department and joined the development staff at the university. While continuing his career in higher education and nonprofit institutional advancement, he also pursued a career path as a researcher and writer. He has published numerous articles in newspapers, journals, and magazines, and is completing two book manuscripts, one on Greek-Americans in St. Louis and another on firefighting history in the region.

The Odessey of the Greek-American Community in the St. Louis Region: A Lifecylce Story of Immigrant Ethnic Identity

Greek immigrants have had a presence in the St. Louis area for over 150 years, particularly in the wake of the Great Immigration of 1900–1925. Those who settled in the area have left an impressive legacy, whether in business, education, sports, the arts, philanthropy, or other fields. Yet demographic mobility, changes in immigration law, and declines in adherence to the Greek Orthodox church, Greek cultural societies, and use of the Greek language suggest that Old World cultural expressions are diminishing if not already lost. Are the Greeks undergoing the kind of cultural assimilation experienced by earlier immigrants to the region such as the Irish, Germans, and others? What can be done to contribute to the preservation of immigrant Hellenic culture in the St. Louis area? This is the story of the one ethnic group’s life cycle, which may hold insights into challenges of cultural preservation faced by other communities as well.

The Skouras Brothers in St. Louis: Early Cinema and the Making of the Immigrant American Dream

Driven from their native Greece by family impoverishment in 1910, three young brothers – Charles, Spyros, and George Skouras – immigrated to America seeking dreams of a new life and prosperity. The brothers settled in St. Louis, Missouri, where they initially found work waiting tables and bartending at St. Louis hotels. As they sought out opportunities to start a business, they turned to the new and booming movie theater industry.

Pooling their savings, in 1914 the Skourases partnered to open their first venture, a nickelodeon in downtown St. Louis named The Olympia. They continued purchasing and building movie houses and carefully navigated the rapidly changing movie theater business so that by 1920 they were catching the attention of early Hollywood studio moguls and celebrities. Through a combination of business and management skill, innovative marketing, effective negotiation, and their unyielding loyalty to each other, the Skouras brothers built one of the largest movie theater empires in the United States, stretching from St. Louis to outstate Missouri, Kansas City, and Indianapolis, becoming national players in movie studio management and distribution.

By 1930 the Skourases sold their St. Louis-based theater interests to Warner Brothers Studios. Despite losing nearly all their hard-earned fortune in the great stock market crash, the brothers remained undaunted. As they always did, they carefully planned their next career moves, leading to new levels of success. The eldest Skouras, Charles, became the manager of Fox West Coast’s chain of 650 movie houses, including the celebrated Grauman’s Chinese Theater, and at one point was the highest paid executive in the United States. The youngest brother, George, built a string of new Skouras-owned theaters in New York, and went on to become chairman of United Artists’ Studios. Spyros Skouras, whose negotiating skills led the brothers through their early successes, served as president of 20th-Century Fox Studios, a film company he helped form, from 1942 to 1962. During his tenure Fox became a movie powerhouse, producing acclaimed classics like Gentlemen’s Agreement, Twelve O’clock High, Three Coins in a Fountain, The Seven Year Itch, The King and I, Three Faces of Eve, and The Sound of Music, among many others. In the 1950s Skouras spearheaded the use of the wide-screen color technique known as Cinemascope in a bid to draw movie goers back to theaters during the rise of television.

The Skouras brothers left a profound impact on the movie theater industry in the twentieth century. However, this would not have happened without the challenges and successes they experienced as young men honing their skills and charting their paths during the two extraordinary decades they spent in St. Louis. This presentation tells the story of that period, one that encompasses themes of early cinema industry development, corporate rivalry, family loyalty, and the pursuit of the immigrant American dream.