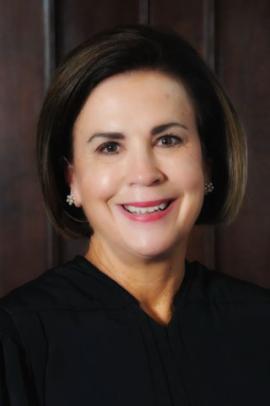 Mary Russell, a seventh-generation Missourian, was appointed to the Supreme Court of Missouri in 2004. She was elected chief justice by her colleagues for a two-year term, which concluded in June 2015. She previously served on the Missouri Court of Appeals and was also its chief judge. A native of Hannibal, Russell practiced law there prior to her appointment to the bench. She is the recipient of the Missouri Bar’s 2016 Theodore McMillian Judicial Excellence Award. Russell was named in Ingram’s 2015 list of 50 Missourians You Should Know, was recognized as the Missouri Lawyers Media 2014 Woman of the Year, and has received many other accolades. Russell has served as a Society trustee since 2012.