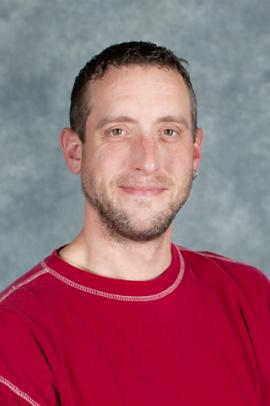 A fourth-generation Missourian, Carlos was born and raised in Columbia and attended Moberly Community College. He is in charge of the cleaning and upkeep of the Center for Missouri Studies building. Before joining SHSMO in October 2019, he spent five years at the University of Missouri as a custodian and landscaper before moving to Consolidated Water of Boone County as a lineman. Carlos and his wife live on a small farm in Harrisburg. He enjoys the outdoors including landscaping, fishing, and hunting. In his spare time, he tinkers on his older Jeep Cherokee and Toyota 4Runner for off-road events.

Missouri 2021 Presents: All About Art for the Missouri Bicentennial
Professional and amateur artists of all ages are commemorating 200 years of Missouri statehood with creative expression. Join us for a live presentation on collaborative projects across the state. Online and free, registration required.
END_OF_DOCUMENT_TOKEN_TO_BE_REPLACED

Missouri Conference on History 2021
Join us virtually for the 63rd Annual Missouri Conference on History! Hosted by SHSMO, the conference brings together scholars, teachers, and other professional historians to share in the presentation of research, to exchange information on teaching and curriculum, and to consider ways to promote the welfare of the profession and general interest in history.
END_OF_DOCUMENT_TOKEN_TO_BE_REPLACED
END_OF_DOCUMENT_TOKEN_TO_BE_REPLACED
Subscribe to
our emails